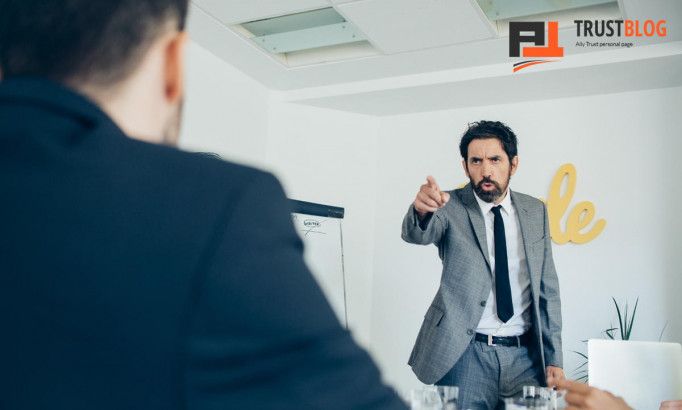 Most babies have learned to say their first word by their first birthday, and they learn to say quite a few more by the time they’re adults, but that doesn’t always mean they learn how to properly communicate.

Some people are naturally shy or withdrawn, rarely speaking at all and holding to a hushed tone when doing so. Some others are just plain chatterboxes, running their mouths at a mile a minute with the volume on full blast. These extreme habits can have a detrimental effect on a person’s social life, but what’s worse, they can also have a rather negative effect in the workplace.

When conflicts arise at the office, the way a person communicates can contribute to the issue either getting resolved quickly or growing out of hand. Perhaps someone with a short temper and fragile ego feels offended, and informs everyone at the company about their outrage in a never-ending stream of angry emails. On the other hand, the parties involved in a dispute may begin giving each other the silent treatment, refusing to even acknowledge one another and slowing the entire workflow down as a result.

No matter the cause of the conflict, one way or another it must be dealt with, and one of the best ways to do that is with the BIFF method.

Developed by Bill Eddy, creator of the "High Conflict Personality" theory (HCP Theory), the BIFF method is a list of four tenants that one must hold to when responding to exceedingly tense situations. Now, while I will go over each step and how they work, I feel it’s important to point out that the first step is identifying whether a response is even necessary at all. There are times where silence truly is golden, when letting someone vent their frustrations is more important than engaging them in a drawn-out argument.

Knowing when to voice an opinion because no one else will and when to hold your tongue so as not to upset sensitive individuals can be very difficult indeed, and even following your gut on the matter may leave you feeling uneasy afterwards. The simple truth is that such decisions should be made on a case-by-case basis, there is no golden rule that applies to every scenario.

Should you come to the conclusion that a response is warranted, however, compose it with these four factors in mind.

BRIEF: Keep your reply as short as you can, addressing the problem and nothing more. As tempting as it may be to draft out a long-winded rant, filled to the brim with foul language and bitter insults, that will only continue the problem. Don’t give the other party any material to grab on to and extend the discussion, say what needs to be said so that this message will be the end of it.

INFORMATIVE: Don’t let your passion blind you to the facts of the case, and don’t let the other party’s passion do so either. When responding to outlandish claims and unfounded arguments, state only concrete information relevant to the issue. Using indisputable evidence will rip the rug out from under the other party’s argument.

FRIENDLY: You don’t have to like the other party, but if you want this problem to go away, you have to be able to put up with one another. We’re all adults here, we can all agree to disagree, there’s no need to resort to being passive aggressive or other such immature antics. It’s likely you’ll all have to continue coexisting once this matter is finished, so leave any childish grudges behind unless you want to do this all over again soon.

FIRM: While you should never make threats of any sort, be sure not to make promises you can’t keep either. If you’re confident in your position and stand by your side, you will gain a considerable advantage over other parties who waver on their points and can’t commit to their demands.

A new year is coming, and it’s sure to bring new problems with it. Some of these problems are best left alone, either resolving themselves without your input or passing you by because you were smart enough not to chime in. But for the issues that must be faced head on, for the problems you simply cannot ignore, be sure to stick to the point and say only what is important enough to be said. Be assertive but not aggressive, do not wander off the subject nor bring unrelated issues into the mix.

Keep to these simple principles, and you’ll overcome even the most complicated conflicts.