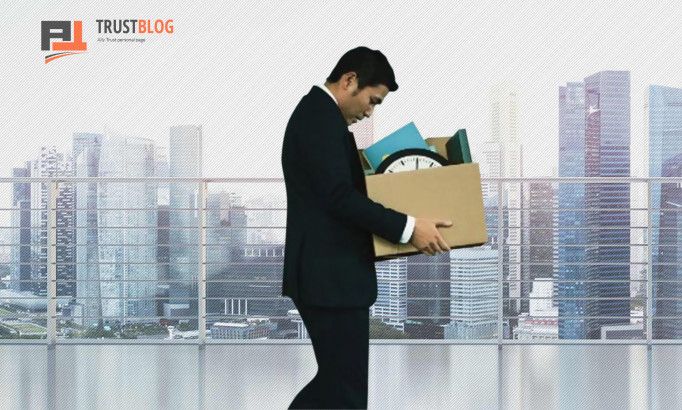 Job security, that comfortable cushion that comes from knowing you are important to your workplace and need not worry about being replaced or removed, is one of the most desirable traits an employee seeks out in their career path, guiding them not only in which industry they pursue but also in which businesses they pursue it through, looking for stable companies with strong reputations that offer the best benefits for a bright future.

How unfortunate it is then that job insecurity, the lingering fear that your employment is unassured or could end at any time, is becoming an especially common issue faced by today’s workforce.  Indeed, many people across America and Europe alike are watching as the steps down their career paths are quickly turning into perilous walks across a tight rope, and there are several common factors as to why.

- The recessions of the recent past and the massive layoffs they lead to.

- The struggle to stay up-to-date with ever improving technology.

- Improvements to performance review processes narrowing down poorly performing employees and putting them out of work faster than ever before.

- Company restructuring which results in layoffs and delegation of new responsibilities.

Where once upon a time it was common for people to stay with a single company for their entire careers, working their way up from the ground floor until coming to a comfortable retirement, today this is almost unheard of.  Between businesses going under left and right, labor related positions being replaced by machines while hands-on office jobs are getting outsourced, and even powerful corporations such as General Motors and Bank of America going through large scale layoffs leaving thousands of people out of work and out in the cold, it’s easy for anyone to fear for their future, spending each night worrying if tomorrow will be the day they dread most.

Studies have actually shown that this fear of the unknown, the agonizing anticipation for that pink slip you’re sure is waiting right around the corner, is in fact far more stressful than unemployment itself, and more damaging to the health of the employees in question.  The stress of wondering whether or not their job will be waiting for them in the morning can have negative effects on their performance, clouding their judgement and leading to mistakes that only make them worry even more.  It’s a vicious cycle, with one of the worst parts being how it effects not only the employee, but the companies they work for as well, dragging all of them down in the process.

Let’s go back to the story I was sharing in my previous post about Bottlenecks in businesses, the one where I found the issue holding a company back was one of the very individuals who’d gotten it off the ground.  A rather tragic tale, really, about a talented CTO who had been there from day one, building the software which brought the company so much more success than he was ready for.

The man was simply unprepared for the almost overnight expansion of personnel, as well as the task of managing these talented people that came with it.  They were all so young, so hungry for innovation, so eager to generate great work, and he felt so threatened because of that.  The stress of the sudden change prevented him from thinking clearly, leading him to believe his new employees were stepping on his toes or vying for his position, rather than assisting in his operations and allowing his role at the company to grow.  In his desperation to feel necessary, he decided to overexert his authority and seize control over the entire process by not allowing anyone to talk to the officers of the company, requiring all communication to go through him instead, and demanding nothing be deployed without his prior approval and final code rollout.

Multiple projects accumulated on his desk, many failing to move forward due to his own lack of time to give each one the focus it deserved, or in some cases, intentionally holding projects back by refusing to roll out the code.  Before long, the company found itself faced with a backlog of unfinished projects, a growing amount of unhappy customers, and monthly expenses piling up all around them, leaving the Officers struggling to make sense of how this could possibly be happening despite hiring high end professionals and having such plentiful resources.

Once I explained the source of their troubles, however, it was still hard for them to believe, so I took some time off to think up a method for properly approaching a situation as sensitive as this.  After careful consideration, and a bit of creativity, I came to the conclusion that the best way of opening their eyes was to open their ears, to show them the truth of the issue by letting them hear the frustration it caused in their own colleagues.

The setup was simple, I called for an “open dialogue,” interviewing the lead developers in their conference room while, unbeknownst to them, secret cameras allowed the CTO to watch them air their grievances from another room.  On top of this, I also recorded the very officers who hired me for the research, letting him watch them explain how frustrated and confused they were, even listing contracts they lost and potential revenue it cost them.

In the open dialogue with the lead developers, I carefully selected key questions, asking them:

- If they work on their full capacity?

- If they enjoy the results of their work?

- If they could change anything about the process, what would they change?

All of them gave the same answers:

- They were not working at full capacity at all, but knew that with a bit more trust and timely feedback from their CTO, they could achieve so much more.

- They didn’t enjoy the results because they didn’t see any, each one was able to list projects they had invested their time and heart into which never saw the light of day.

- They all agreed the CTO simply needed to start delegating.

As you can imagine, the CTO got quite upset at first, arguing that he was well aware of the situation and standing by his claim that the company did not possess the resources required to complete all projects on time.  But as the video went on, as person after person provided the same feedback, as he witnessed first hand what effects his actions were having on his precious company, even he could deny it no longer.  After I showed the same video to the rest of the officers, I knew they would finally be able to understand and agree on the issue at hand, and the steps necessary to resolve them.

Bringing them all together, I started off by explaining to the CTO that his job insecurity was completely understandable, especially when the company he helped build went from a family owned business to one of the fastest growing tech companies in the blink of an eye.  However, I reasserted it was his current actions that were hurting the very business he poured so much effort into.

I wished to continue by stating that if nothing was done, it would be he who would seal the fate of the very business he helped to start, but I didn’t have to.  They were all on the same page now, and they were all ready to move forward together.  I left them to discuss matters, making my way home with a very good feeling, but I knew acknowledging the problem was only the first step, now I had to come back with a plan to help the CTO salvage the situation.

So I did, by analyzing the problem areas and addressing them accordingly.

- The first issue was that my observations showed the CTO was not qualified at managing his time or priorities, and when too many people approached him with their needs throughout the day, he lost focus.  The solution was clear: Assign a Project Manager to assess and order priorities, as well as putting a calendar into place for laying out clear goals and structuring timelines.

- The second Issue became determining which of the lead developers he had built trust with and could take such tasks off his shoulders.  When asked whose code he most often trusted and didn’t need to research when pushing their projects, he already had a person in mind.  Thus, the next course of action was to have the CTO allow this developer to supervise no less than three other developers, having this person verify the projects from their subordinates and resolving any easy problems before submitting them for final approval to the CTO himself.

- The CTO was often involved in speaking to the end customers or vendors, which consumed large amounts of his time and distracting him from his current tasks.  By assigning all the initial stage communications with the vendors and clients to the Project Manager, they could take on the responsibility of collecting the needed information and putting it in the right format to send for review to the appropriate teams, allowing the CTO more time to focus on his other assignments.

- Deadlines, all their projects had deadlines, but next to none of the developers knew when they were or how long they had to meet them. When an employee is not fully aware of the total scope or terms of the project then they can’t plan their time accordingly, or they won’t have the motivation for completing their tasks because there is no sense of urgency.  Introducing software for project management that demonstrated clear deadlines, as well as the progress of each task and project overall, made the entire team aware of the overall situation and the necessary steps they needed to take to accomplish their tasks on time.

- Finally, there was the matter of miscommunication, and removing the internal struggles that came with it.  Setting up daily and weekly meetings helped establish the connections the company was so dearly missing. Daily meetings with each employee at about ten minutes each let team leaders set priorities and remove any obstacles for the day.  Weekly project meetings were put in place to evaluate the activity, the results, and the achievements of the previous seven days in order to lay out the plans, the priorities, and the deadlines for the weeks to come.

This was the start, the first step down a road of recovery, but it was a step in the right direction and it certainly showed.

I paid the company a visit 90 days later to see how things were moving along, and I’m pleased to report they certainly were.  Not only were their deadlines being continuously kept, but the overall emotional state of the CTO and his subordinates had made major improvements as well.  The department looked like a beehive, full of energy and life as everyone cooperated towards a common goal while completing their individual assignments.  The CTO was seeing more results and, moreover, more respect and praise from his subordinates then ever before, which made the other officers of the company quite happy indeed.

When people are comfortable with their work, when the threat of unemployment isn’t hanging over their heads and taking their mind off of the tasks at hand, when people are just plain happy with where they are and what they do, you’ll find it benefits everyone across the board.