The Hardships of Hiring: And How to Avoid such Hassles 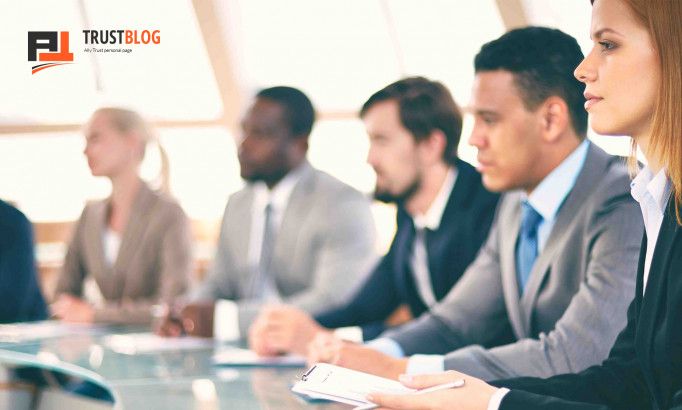 Over the last seven years, I have taken part in the recruitment of hundreds of talented individuals, for my company as well as for companies I have consulted, and not only in the USA either.  That time has taught me how, in today’s world, the success of a company is parallel to the company culture they develop internally, as much as it is on the talent they recruit.

If a company positions the right person into the right spot, and creates the right environment to nurture the best results out of that employee, then in time the company will assuredly achieve the success they aim for.  Yet for the past five years, all the entrepreneurs I have met faced the same challenge of finding the right talent.

We are not simply dealing with the new employees/employers relationship, we are also dealing with a new generation, Gen Y as they’ve come to be called, the Millennials.  This generation’s view on work ethic, and work in general, is very different from what you may be used to, and why wouldn’t it be?

The demands they’re faced with are different as well.

As demand increases, of course, so too does the cost of retaining a healthy working environment, which makes recruiting the right people become a real challenge.  No longer can a company afford to simply hire people in bulk, to separate the creme from the crop and see who will do the job.  While that may have worked for years before, today a company has to invest time and money into carefully selecting their employees before bringing them on board at all.

Recently, I read an article in Forbes stating the main challenge faced by the fastest growing companies over the past year was just that, recruiting the right talent.  The current problem is that graduates entering the workforce have high expectations without the equivalent experience, they demand the same wages as people within the same position but with many more years of expertise in the area. This is happening because of 2 primary factors:

Their Earnings:  Once Millennials are out of school with a degree or two under their arm, they’re up against seasoned professionals with years of experience under their belt, and often for the same positions.  Millennials grew up being told they’ll never get anywhere without an education, as such they have lofty goals and high ambitions once their academic trials have been overcome.  Many just don’t understand why they have to work their way up the corporate ladder after they spent so much time hitting the books to supposedly skip all that.  They’re after the job listings that list large salaries and real responsibilities, or startups with attractive offers of unlimited budgets, not paying their dues and cutting their teeth.

Their Expenses:  Millennials want to dive right into the industry they’ve indebted themselves into studying, that student loan isn’t going to pay itself off after all.  Many millennials entered into higher education at or around the time the recession hit, making financial aid an almost unavoidable crutch, and leaving the average graduate with a bachelors degree almost $30,000 in the hole.  Millennials don’t just want, they need, a high paying position if they’re ever going to balance their books and afford the lives their education promised them while they were staying up all night studying for exams to accomplish it.

So, when recruiting, a company is faced with a pool of people making the same demands and expectations, but with different levels of abilities and experience.  Companies must establish an effective and efficient system for selecting the right personnel from this pool of people if they wish to locate the candidate with the right qualities, both professional and personal, as maintaining the existing established culture is of top priority.

Thus, companies hire recruiters and buy software to go over the rain of resumes they receive, often finding 1 out of 100 applicants acceptable, if they’re lucky.  Once the talent is hired, however, the next challenge they’re faced with is retention, nourishing and incorporating the talent within the company’s culture and structure.  I’m talking about more than a mere training period, due to today’s advanced and complex technology it can take anywhere between 3-6 months for a person to incorporate themselves within the company, and even so, by the time they are fully integrated they may still decide to leave for various reasons.

At first glance this may seem like a lack of loyalty, but when you explore the state of mind this new generation operates in, their reasons are actually well founded:

Entitlement: As explained earlier, many hopeful employees entering into the working world feel that their degree serves as a fast pass to success, not simply a ticket to open the door.  It’s certainly true that their coddled upbringing and participation trophies play a part in this mentality, but once they’ve gotten through balancing an education alongside an unpaid internship while somehow squeezing in whatever part time hours they could scrounge up, it’s not hard to imagine why they believe they’re due more than only entry level opportunities, or why they’ll leave a business behind for a better one if they feel their efforts are not properly rewarded or recognized.

Work Ethic: The phrase “work smarter, not harder” has never been more appropriate than it is now, what with computers allowing one person to take on the tasks that used to require an entire team, and be able to carry them out all from the comfort of a coffee shop with free wifi no less.  Millennials are developing skills that are developing the way the world does business, opening up doors and opportunities that were unimaginable only five years before.  As such, their approach to accomplishing tasks can be more than a little unconventional, which can put them at odds with less flexible employers and more open to exploring alternatives.

Work/Life Balance: Once upon a time, even an unfulfilling job still came with something of a guarantee that it was an investment in a person’s future, a way to build up their pension and pay off their mortgage without reason for worry.  Today, the shaky economy and changing job market mean even the biggest of companies are not immune to layoffs or downsizing.  Government mandated benefit programs have caused companies to cut hours across the board, and loyalty just isn’t worth what it used to be as a result.  Millennials know that, they know the ladder they want to climb may fall out from under them, or only take them so high when compared against another, that is why they work to live, not live to work.  Keeping their options open at all times is simply a survival tool in their eyes, and a good one at that.

I have also personally experienced situations where employees do manage to find a good company, only to become bottlenecks, suffering from their own job security as their workload steadily grows out of control, refusing to delegate or even train new people that could relieve them of less essential responsibilities.  This is where the role of talented managers and team leaders comes into play.

I have witnessed revolutionary changes in the hiring process over the last few years, watching companies hire recruiters and restructure their HR departments right down to the roots.  Some companies successfully went through complete rebranding once they’d properly positioned their personnel, many others were able to cut their budget just by shifting departments and merging responsibilities.  In today’s day and age, the relationship between employer and employee has turned into a tug of war, each side giving as much as taking in order to achieve a successful stalemate.

Although the challenge of hiring and retaining talent is one of the major issues a company cannot avoid, putting the proper strategies in place will smooth out the worst wrinkles.  Many successful brands have an ongoing recruitment by creating pools of candidates ready to receive offers at any time.  On top of that, the globalization of the job market, particularly in the IT field, allows companies to find and hire talent from around the world.

Every day you read about the same “innovation,” that the power of talent carefully searched and nourished is some sort of untapped hidden secret to success, but we all know the right personnel can bear a great idea to fruition, or can make a simple concept become a trending phenomenon, you just need to know how to give them the chance.

In my next blog, I will talk about the most common bottlenecks created by the personnel within an unstructured management system.